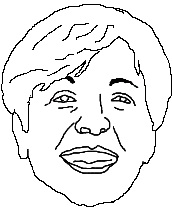 Born in England, Poppy Raven raised her children there, before sampling life in New Hampshire, California, Minnesota and Virginia. She now divides her time between three European countries.
Poppy began her professional life playing with a room-sized computer much less powerful than an iphone3. After writing software for radar systems and computer languages, she moved on to the design and producion of websites.
Being addicted to detective stories, she has decided to produce her own.