Contemplating the transformation of our society since John’s world in 1844, I fell to thinking about more recent changes. I wondered what Molly and Zoë would make of 2013. 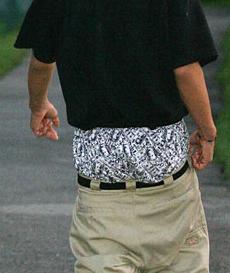 “Enormously Improved by Death” and “The Coward’s Weapon” were conceived in the eighties and nineties, though they weren’t born until early this century, having suffered (I use the word advisedly) much refurbishment during gestation. Before I knew it, Molly and Zoë had spiralled up out of the pages of their books, perched on the edge of my table – the books were sitting amicably next to my coffee mug – and began to discuss the world in the second decade of the twentyfirst century.
‘Mobile phones,’ Zoë said. I watched her pull her hair back, and subdue it into a black bush at the nape of her neck. ‘That’s the biggest change. We have them in my book – I use one myself – but a fault in the internal telephone system at Tessuto was still a big deal.’
‘We don’t have them. My book is completely mobile-free,’ said Molly with a grin. She was winding a springy lock of hair around her finger. Maybe I made my heroines too concerned about their hair?  ’But in our Author’s world people seem to be fiddling with them all the time, even in company. Texting. Seems impolite to me. Would they do it at a party, or on an outing with others?’
‘I think there’s a protocol. Lisa and Jake do it,’ said Zoë, ‘though it isn’t mentioned in my book.’
‘I wonder if they allow prisoners to keep their mobiles.’ Molly stopped playing with her hair and leaned forward eagerly. ‘It would have been wonderful to be in contact with Howard!’
‘Doubt it,’ said Zoë. ‘It would be like allowing constant unregulated visitors. MP3 players would be confiscated too, no doubt. Just as well. Imagine being stuck in a cell with one of those music junkies who thump tinnily all the time.’
‘Well, I’m glad Vicky and Chris aren’t always talking to their friends, or listening to music.’ Molly glanced at me. ‘Our Author would have had a problem with the story line if they wandered about like zombies with plugs in their ears.’
‘What about the internet,’ said Zoë. ‘You have it don’t you?’
‘Yes, but it’s not so ubiquitous,’ said Molly. ‘Only us computer people use it, and not all the time. But Zoë, why do you think the young boys in the Author’s world wear their trousers hanging off their hips, crotch at their knees, showing their underpants?’
Zoë laughed. ‘They look like toddlers just out of nappies! Very silly, and must be quite difficult to walk in. Presumably they are attractive to the girls though. Mind you, the girls will probably die of kidney problems through having bare midriffs in winter, though I must admit they do look cute. Aren’t we being catty?’
‘Just as well we have our book worlds.’
‘Some of these social networking tools would be useful in mine,’ said Zoë. I pretended not to notice her accusing look. After all when I wrote her book, Twitter, Facebook, Flickr and the like weren’t even dreamed of. Frowning, she continued, ‘Liz could tweet – she could really trash Ian. It would give him a great motive.’
‘I can’t see the point of most of them,’ said Molly. She thought for a while.  ’Flickr maybe? Geraint could have put up pictures in Tasmania.’
Now Molly was frowning at me too. I wondered if it was wise to set my next book in the nineteenth century. John might expect me to give him motorways and planes.
‘Oyster cards for the Underground and buses would be good,’ said Zoë. She must have picked up my thoughts on transport. ‘That’d make my commute much easier. And machines to buy tickets on the rail network so you don’t have to stand in interminable queues. And queueing systems with a single line to several cashiers – we don’t have them and I always pick the longest queue!’ She folded her arms and glared at me.
‘Airport queues though!’ said Molly. ‘They have terrorists you know.’
‘Oh! Mmm, you’re right,’ said Zoë, biting her lip. ‘My trip to Barcelona would be a trial if I had to endure power mad airport security people. Stopping and searching little old ladies and letting through women in burkas.’
‘Burkas!’ said Molly. She smiled at me forgivingly.  ’I'm glad our Author keeps such things out of our books. I find that most offensive. Those Daleks imply that we are immodest, walking our streets like that.’
‘Our Author has treated us well on the whole.’ Zoë smiled too. I seemed to be forgiven. ’Now, what about a cup of tea? I visited your book in the main story line, but she didn’t put you in mine. What say we go into my back story where the readers won’t see us?’
They faded and slowly swirled down into “The Coward’s Weapon”. I hope Molly doesn’t settle down there. “Enormously Improved by Death” would be pretty pointless without her.