It must have been very difficult to research the hard facts in a novel before the internet. Of course, not everything you read on the internet is true, but the gathering of initial ideas does not require slogging around libraries and buying reference books. 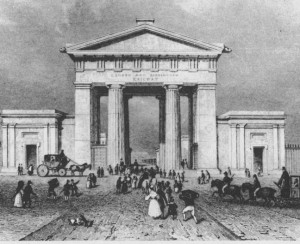 Then it needs verifying of course.
The only problem is when you have a terrific idea for a plot then further research for confirmation makes it unusable. Very disappointing. However, sometimes it makes the story better. I had to discard several horrible deaths from plant poisons in The Coward’s Weapon but I think what remains is the better for it.
For the current book, Family Matters, I’m very grateful to all the people who have researched Victorian times and put their results and comments up on the web. There are sites which will tell you how to dress, how to talk, what form of transport to use, how a family will interact with each other, and so on. There are a few pitfalls though – many of the sites are American, and English society was different in many ways. Some items are amusing – an American site gave ‘How do you do’ as an example of a Victorian greeting – this is the way I might greet a new acquaintance myself! Similarly ‘by the by’, ‘for aught I know’, ‘peevish’, ‘dilatory’, ‘verdant’ etc do not seem at all old fashioned to me.
As I said in a previous post, the most difficult thing was to distinguish between the behaviour one would see in different classes. Many websites will speak of a way of speaking or dressing, or a type of household, as though it was universal. Or they will tell you about the nobility and the people close to the workhouse and nothing in between.
The other good thing is that people who are interested in a subject – like railways or ships – will always have a website with interesting historical details. And if you have any facts to check, an email will always reach some kind person who knows the answer and is willing to spare the time to enlighten you.