Any hint of a love interest in the genre used to be pretty basic.
In the cozy whodunit type of book it served to define people, or provide a motive for the crime, or it was a red herring diverting our attention from the clues. 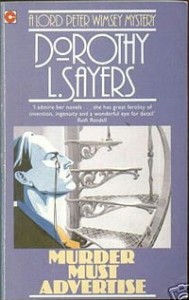 Lord Suchandsuch and Lady Suchandsuch had about as much interest in each other as they had in the furniture, and young Alice, their daughter, was silly with adoration for dastardly Alphonse the handsome foreigner, arrived on the scene to provide a handy suspect.
In the Sherlock Holmes type of whodunit any trace of real sexual interest, even on the cozy level, is almost totally absent.
Then there was the hardboiled school, where the sex tended to be distinctly unromantic. It usually involved violent men, and girls who, if not prostitutes, were no better than they should be.

But there are several writers who provide real people both as detectives and as criminals, and real people have the full gamut of emotions including sexual interest and love.
Kate Ross for instance – her detective satisfies all the criteria for droolability, the stories are adult and extremely well crafted, and the stories are set in the Regency era. What a pity it is that she died so young – her final story, The Devil in Music, is several steps above the previous ones – she could have written even better ones.
Anne Perry’s books, set in Victorian times, are very variable, and sometimes I feel she is just trying to fill the pages. But the sexual interest is believable and the interaction between the characters fairly true to life. The William Monk series is the better one I think, especially the first, Face of a Stranger.
Some of Dorothy Sayers later books also drifted towards amalgamation with the romance genre, especially after she fell in love with Wimsey, and stopped showing him as a sort of Bertie Wooster. From Strong Poison through Murder Must Advertise to Gaudy Night he develops into a hero we can all lust after, and we are delighted when he at last gets his lady.