Well, why write a book? Lots of work for days, months or even years for some, frustration when it doesn’t work, times of absolute boredom as your brilliant ideas convert to dross on the page. Why do it? 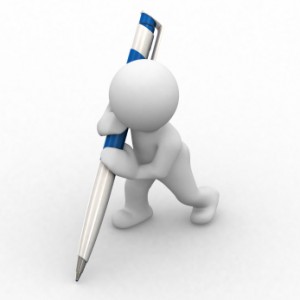 It’s the thrill when it seems to flow out with no effort, when your characters are so real they can only act one way. Sometimes it isn’t the way you intended to go but the exhilaration when you realise it’s better than your plan is stunning.
‘Enormously Improved by Death’ was a long time in gestation. At that time my children were small – about the age of Molly’s – though I hasten to add, quite different! I’d be charging along, loving the way the characters were turning out, when some external event, like uprooting and going to another country, filled all my spare time and sent the book scuttling into the recesses of my mind. But it always came creeping back. Eventually I’d open the file on my hard disk just to see what it was like, and I’d get involved again in Molly’s world. I’d even laugh at my own jokes.
When I wrote ‘The Coward’s Weapon’, life was a little more stable. Actually, now I think of it I did change countries twice. But by this time I’d got used to it, I guess. And since I’d made the love interest in this one stronger, I’m afraid I fell just a little in love with Tom, which kept the inventive juices flowing though changes of house and work. By this time the children had flown the nest and I was back in computing, so Zoë is in the same situation, though she still has small children. And I made her a widow so there would be scope for romance.
For the current book I decided to make a change – well, several changes, but the main one was to set the book in the past. And make the protagonist male. But I talked about that yesterday.